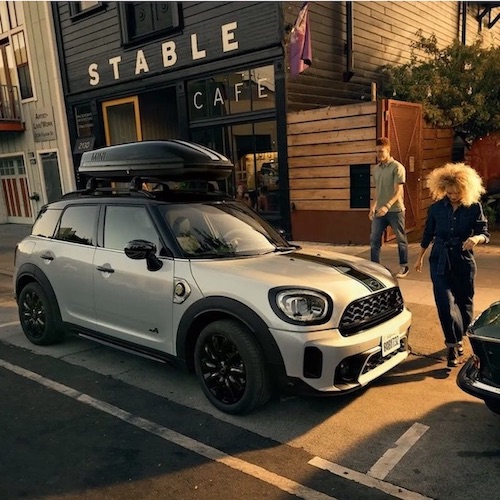 Air quality, environment and zero-emission electric cars are now centre stage in our narrative for seeking a better and cleaner quality of life. Small is even more beautiful, when it comes to battery-electric vehicles!

If there is one positive from the ongoing pandemic, it is, that fewer the motor vehicles in our urban centres, towns and villages, the better the outcome for us all. National, regional and local governments across the globe have recognised this and have adopted a focus to improve air quality, by replacing polluting cars by zero-emission electric cars and electric vans.

In the UK, cities, towns and villages sadly have one thing in common: increased air pollution. Though a number of factors contribute to air pollution, one of the key offenders has been tailpipe emissions from internal combustion engine (ICE) vehicles. This has resulted in a significant increase of air pollution, that has impacted the health of a number of individuals, to include the vulnerable, like the young and old.

Consumers across the UK have now come to the realisation that they can easily play a positive role in the reduction of dangerous pollutants, by simply replacing their polluting petrol and diesel cars with, zero tailpipe emission pure electric cars. All-electric cars have a number of significant advantages over the petrol and diesel cars, but none as important as, no tailpipe pollution. In fact, a battery-electric vehicle (BEV) does not even have a tailpipe!

Electric cars have come a long way over the past decade, but the rise of electric driving over the past 24 months has been phenomenal. The increase has been driven by consumers (individuals, families and businesses) across the country, keen to adopt a cleaner and more environment-friendly mode of transportation.

Moreover, electric vehicles (EVs) have become much more affordable, in particular, the compact electric cars. In fact, running a small pure electric car can cost as little a 2 pence per mile. Wow!

Apart from the environmental benefits, small electric cars can save individuals and families a lot of money. As an example, if you charge a small electric car overnight, you can achieve a fully charged EV battery in under £5. To fill a petrol and diesel small car is significantly more, and in most case more than £50 for a full tank.

The All-Electric BMW i3

The BMW i3 electric hatchback is part of the BMW zero-emission sub brand ‘BMW i’. The plug-in electric i3 car is the first mass-market BEV manufactured by BMW. The BMW i3 made its debut at the International Motor Show in Germany 2011, with production commencing in 2013 in Leipzig, Germany.

The Fiat 500 electric car has its roots in the classic 1957 Fiat 500, a car that has been hugely successful and iconic (sold more than 2 million cars globally). The Fiat New 500 EV is bigger than the international combustion engine (ICE) car: 6 cm in width and length, 22mm longer wheelbase.

The all-electric Honda e-prototype car is based on the Honda Urban EV concept.  The Urban EV concept made its debut at the 2017 International Motor Show, in Germany. It is Honda’s first mass-market all-electric car.  Honda is ramping up its commitment to electrification with all new Honda’s in Europe to be electrified by 2025.

An adorable, cute, clean and simple design.  The premium compact battery-electric vehicle (BEV), minimalist design has been inspired by the first-generation Honda Civic. Positioned primarily for driving in urban environments, with a range that is appropriate for shorter commutes. Honda is targeting urban commuter that drive up to 30 miles a day. Built on a dedicated platform, with rear-wheel drive.  A smaller lithium-ion EV battery pack (35.5 kWh) to keep weight down. The battery is liquid-cooled to maximise performance in all weather conditions.

However, MINI first went electric in 2008. The 612 MINI E cars were modified and used between 2009 and 2013 for the BMW Group to assess driver response to electric cars. The MINI E electric cars clocked up more than 16 million kilometres in six countries. The company also manufactures the MINI Countryman PHEV.

The Peugeot pure electric e-208 hails from the Peugeot 208 supermini  portfolio, first unveiled at the Geneva Motors Show in 2012.  The second generation 208 was unveiled by the French automotive manufacturer in 2019, at the Geneva Motor Show.  At the same time, the company also unveiled the all-electric e-208 hatchback supermini. Peugeot has retained ‘familiarity’ with the design, for the e-208 all-electric hatchback.  The battery electric vehicle (BEV) is very similar to its sibling petrol and diesel internal combustion engine (ICE) cars.

The pure electric e-208 comes with 3 driving modes: Sport, Normal and Eco. The Eco gives priority to range, while the Sport gives priority to performance (0-60 mph: 8.1 seconds). The Normal mode is for everyday use.

The Smart Forfour internal combustion engine (ICE) city car was first introduced in Europe in 2004. The Smart Forfour EV, an electric variant of the city car, has been available since 2018 (launched in 2017). This battery-electric vehicle (BEV) shares its platform with the Renault Twingo and is manufactured in Slovenia.

The Volkswagen e-up! is a city car that was launched as an internal combustion engine (ICE) model in 2011. The battery-electric vehicle (BEV) variant was launched in 2013 at the International Motor Show Germany. The original pure electric e-up! had a 18.7 kWh lithium-ion EV battery. The second-generation all-electric VW e-up! was announced in 2019.

The electric e-up! can be leased via e-zoomed at fantastic price. Simply follow this link!