The BMW i3 Electric Car: An Owners Perspective 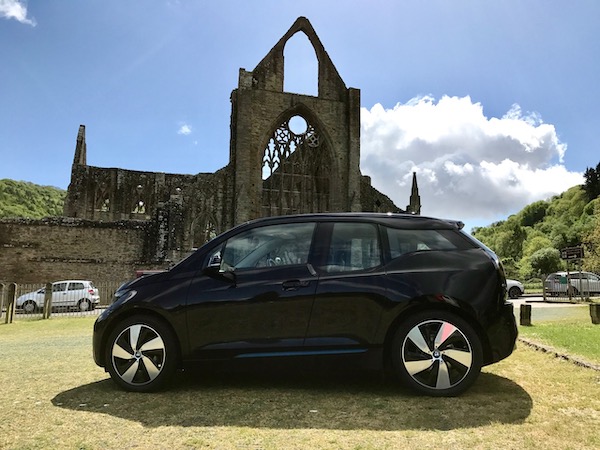 Guest Contributor: Steve Clarke: I am 62, a Project Manager and have had a fascination with cars since I was a boy. I used to own a diesel BMW X1, but migrated to an electric car. One of the best decisions I have made, as I am passionate about cleaner air and sustainability.

The Day I Test Drove The Tesla Model S, I Knew I Had To Replace My ICE With An Electric Car!

In 2016, I commenced assessing options to replace my then diesel vehicle. Though electric cars had always been of interest to me, finding an EV suitable for my work required careful evaluation, as the distance between my office and home is about 100 miles. At that time, all EVs, except the Tesla Model S, had a zero-emission range of about 80 miles.

I test drove a Tesla Model S. The range was well over 200 miles and I had calculated that the cost savings might be enough to lease one, as charging was free at the time. Not only that, but there were Tesla chargers near to my office.

I came away from the test drive thinking, ‘why are we driving internal combustion engine (ICE) vehicles?’ Electric cars are quiet, smooth, easy to drive, with amazing acceleration. Though I did not go ahead with the Tesla Model S, my mind was set on finding an EV to replace my ICE vehicle. An EV that was affordable and could easily squeeze into our overcrowded office car park.

That summer, BMW announced that the BMW i3 would have a range increase to over 100 miles. This was on the lowest limit that I could accept for the weekly commute, but not really enough for longer work trips, without time costing stops. I was reassured that the Electric Highway was fit for purpose, so given that and the range-extender option, I took the plunge.

Other factors that swung my decision in favour of the BMW i3, was the futuristic styling, especially the interior, the technology, the materials used, especially carbon fibre and the use of renewable and recycled materials. I had never seen anything like it before. I would have liked more range so that I wouldn’t need the range-extender, but apart from that, this finally was the exciting car I was looking for. A test drive confirmed this. Lead time was 3 months and it was delivered in December 2016.

My Real World Experience With the BMW i3

This is what happens when you take a passenger for a ride:

This can be followed by “stop doing that”.

My family did not appreciate, it but have learnt to tolerate it.

To be quite honest, I’m addicted to the acceleration. I am told that the BMW i3 is the fastest accelerating car to 40 mph that is manufactured by BMW, faster than the BMW M4, which costs twice as much.

It is indeed so quiet that you are aware of the noise that other vehicles are making around you. Another benefit is that the lack of thrumming in the background means that journeys are less tiring.

Driving an electric vehicle is easier than an ICE, even a very good automatic one. My favourite feature is one pedal driving. I know some drivers like to control the amount of re-gen using buttons or a stalk, but I think the BMW solution is better. The quicker you lift your foot on the accelerator, the more aggressive the regenerative braking. Once you get the hang of it, which I think was about two weeks to perfect, it is amazing. In the early days you tend to find yourself pulling up short of the line. Once you have mastered it, fast country roads with sharp bends are a delight!

The BMW i3 has very large but narrow wheels. This is to reduce rolling resistance and increase range. This isn’t a bad thing. The footprint is as big as a Mini Cooper, so it grips and steering responses are instant. You can really flick it in and out of a roundabout. It reminds me of how cars used to be before drivers began to lean on their tyres. The stability control systems always keep things in check. The turning circle on the i3 has to be second only to a London taxi, you can usually turn in the width of a normal road and it is so easy to park that I have never used the self-parking feature that I have on the car. It is a bit of a tardis as well, it is as wide as a 3 series BMW, taller and great use of space inside. It still looks futuristic after 8 years since it emerged.

Most people I speak to say they are put off by the high ticket price of EVs. What few do is calculate the actual cost of ownership. My BMW i3 has depreciated much less than any other new car that I have owned. Running cost are about a tenth. Before buying the BMW i3 I calculated that I would save £100 per month, but it is probably been about £150 per month, now that I am on an off-peak electric rate with Octopus Energy. This has reduced the kWh charge from 15p to 5p and 100 miles from £4.50 to £1.50. In the summer I can travel 100 miles for a pound.

I got the dealer to throw in a 5 year maintenance package at no extra cost, so it has cost me nothing over the last 3+ years. The tyres still have loads of tread left after 21,000 miles.

This is usual excuse for not wanting a battery-electric vehicle (BEV). I despair at the usual “but I go to my sister in York twice a year” argument. The rest of the time they only do local trips, but have two ICE cars. 200 mile range is the norm now.

On the basis that you should stop and have a break every 2 hours, then this shouldn’t be more than 140 miles, well within the range. It just takes a little more planning as to where you stop and charge. Charging to 80% or what you need to get to your destination if it is less, is much quicker, it slows down after 80%. My i3 was quoted with just over 100 mile range, but with some care, even travelling at 70mph I can get over that in very cold conditions and up to 150 miles in summer. The new model should get 200 miles with care.

I was convinced that the Electric Highway was the answer and it was for a while. Then demand exceeded the single CCS unit and then they became unreliable. After 3 years the charging network has grown at a phenomenal rate, but you do need to plan where you will charge on long journeys.

The BMW i3 tells you what is available on route if it calculates that you won’t make it on one charge. Nearly all my charging is done at home using a 7 kWh charger. I also use B&B 13 pin plug charging overnight and choose hotels that have EV chargers, many don’t charge for the use either. It is great not taking trips to petrol stations. The bottom of my shoes are never polluted.

If you can’t charge at home, then unfortunately you will not be able to take advantage of cheap charging and the convenience. Having said that, I have met people who say this isn’t a problem, it just depends where you live. Just check Zap-Map or another app to see what is available where you live, work and on the way to places where you frequently go.

I should say that I will do everything I can to avoid using the range extender, it removes range anxiety and was a saviour on a couple of occasions in the early days of ownership, due to a major accident on the M5 and low winter temperatures. That was before I knew how to get those extra miles of range. I consider using it to be a failure and it must be at least 2 years since I last used it.

I get concerned that I may turn up at a charger to find that it is already in use, or not working. Also mid-Wales is an EV charger desert. We are still some way off the convenience of a petrol station availability and range between them, but the situation is changing rapidly. Just plan ahead and don’t leave it to the last 20 miles to look for somewhere to charge.

If I Had To Choose Another BEV Today, Which One Would I Consider Buying And Why

I love my i3, it is a delight to drive and have no intention of selling it. I did have deposits down on both a Tesla Model 3 and a Jaguar I-Pace. Delivery took too long and for health reasons I can’t commit to a long lease, so I got my deposits back. The Tesla charging network is a big lure for me, but I believe the VW ID.3 will be a game changer, given the range and price. So based on these facts I would go for one of these, unless I was rich, in which case I would have the Porsche Taycan.

I would never consider buying a petrol or diesel car again, they seem so crude and old technology. BEVs are better in every way, except range and charging infrastructure, but that is changing rapidly as demand increases.