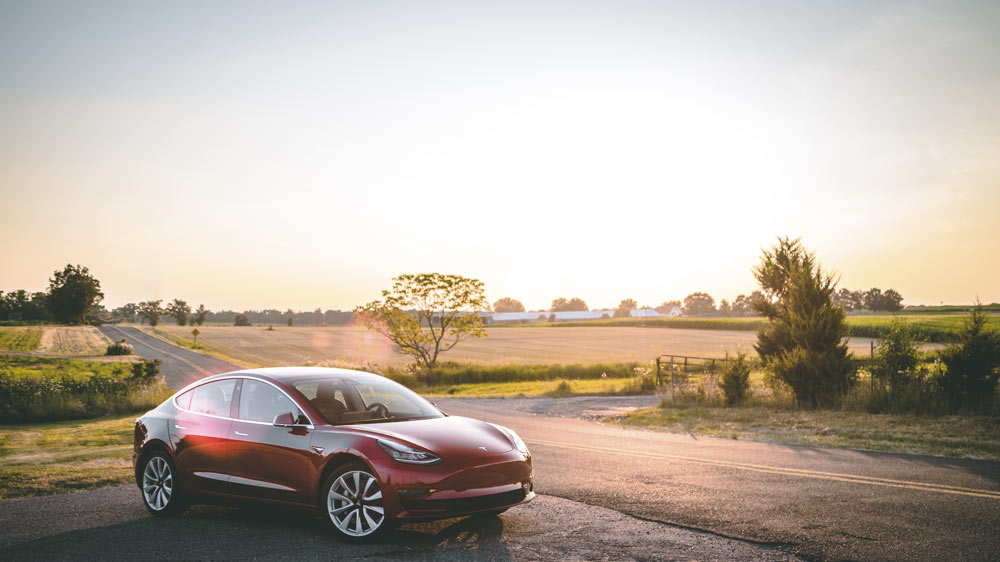 Electric vehicles come in a range of shapes and sizes. Most commonly as electric cars, which replace petrol or diesel engines for a battery. Conventional petrol and, to an extent, diesel cars are still widely popular, but have a number of drawbacks – including their impact on the environment and the high cost of fuel.

Electric vehicles have come a long way since they were first invented in the 1800s. A renaissance in 2008, when advances in batteries made the electric car seem more viable, put them back on the agenda. Since then, significant improvements as well as a governmental push to find greener ways to run cars has made them a serious option for car buyers.

So, is this the year that you make the switch to electric? To help you decide, we’ve compiled a list of the key pros and cons for electric vehicles.

The Pros For Electric Vehicles

Electric Cars Are Cheaper To Run

One of the most common questions we get asked is: “are electric cars cheaper to run than petrol?” Overall, yes they are, thanks to tax exemptions, the lower cost of power and other factors like discounts for tolls and parking.

Electricity Is Cheaper than Petrol And Diesel

Whilst energy prices are on the rise, we are seeing a more significant rise in petrol and diesel  – despite a depreciation in the oil price. Looking at electricity prices from UK Power across major retailers, there is an average cost of 2.84 pence per kWh. If we compare that with electric car charging needs, we can see that the relative costs based on charge speed are very reasonable:

The  International Council on Clean Transportation (ICCT) published in a 2018 report that tax relief for electric cars and other low emission vehicles could help to lower transport emissions, and so help us all to be that much greener. As such, electric vehicles are often considered to be low emission vehicles, which means that in cities like London you can get discounts from:

This isn’t just reserved for Londoners, all major cities in the UK look to help their dwellers live in a cleaner environment. York Council, for example, offers up to 50% off parking charges for drivers of low emission vehicles. Look up your car type with your council and see what discounts you might be able to get as a result of helping them in their commitment to becoming greener.

They Will Break Down Less Than Conventional Cars

You are less likely to have to take an electric vehicle to the garage to be fixed. As How Stuff Works points out ‘There’s just not that much in an electric car motor that can wear out and, when it does, it’ll be relatively simple to replace’.

If your vehicle is less likely to break down or have serious wear and tear then you will be able to make savings – especially when considering the potentially costly and numerous repairs needed for conventional cars at their annual service.

Whilst it is less likely, it doesn’t mean nothing will ever go wrong and we strongly advise that you consider your electric vehicle breakdown cover options.

The reason that electric cars get government discounts is because they are considered to be a greener way of running a car in terms of their local emissions and carbon footprint.

It is important to realise, however, that this is as much to do with how you choose to run your car, as it is the quality of the battery and efficiency of your particular car type. Electricity is not always created without the use of fossil fuels but by switching to a green provider like Ecotricity, you can ensure that you are powering your electric vehicle with renewable energy.

They Emit No Nitrogen Oxide

This is a really important factor for city dwellers as it is nitrogen oxide that is considered to be causing a rise in asthma and lung associated deaths. If you live in a town or city and want to make your next car choice safer for yourself and those that are around you, this factor is a no-brainer.

For the most part, drivers of electric vehicles want the experience to be as close to a conventional car as possible; with improvements always welcome. Electric cars operate similarly in terms of steering, acceleration, etc., but the system itself isn’t reliant on a loud combustion engine, rather a soundless battery, so the car is quieter to drive. As The Car Expert reviewer noted:

‘If you’ve never driven an electric car, one of the first things you need to get used to is the almost complete absence of mechanical noise’

This decrease in sound pollution is also another tick in the green column for electric cars, which in cities in particular can become a serious issue. No-one appreciates an engine roaring to life in the early hours.

You Can Charge Your Electric Car At Home

Prices for electric power can vary, especially if you are doing some via charging points on the road; these can be free or charged on an hourly rate. However, since you can charge at home, you can be clearer on how much each charge will cost you, rather than having to rely on surprise prices on the road.

Using home charging also means that you will always leave home on a fully charged battery without needing to make unnecessary stop offs because you are low on fuel. The UK government will even help you to install a home charging point. This incentive to switch to an electric car means that, even though you can charge an electric car using a traditional power outlet, you can make it much more efficient by using a charging point suited to your type of electric car.

Depreciation, the decline in value of something, is an inevitability with cars. Engine power, issues with certain models, usage and even colour can all play a part in how quickly, or slowly, a car loses its value. Electric vehicles, however, depreciate at a much slower rate than conventional cars. Though this hasn’t always been true.

When the technology for electric cars was changing rapidly and the awareness of electric vehicles in general was low, the second hand rates for these cars were fairly low. Electric cars are now able to retain more of their value due to the advancements they have made. Tesla’s Model S hatchback, for example, was named one of the ‘Slowest-depreciating cars on sale’ by Carbuyer in 2018.

In recent years, both fully electric and hybrid cars have managed to retain their value thanks to more high profile models entering the market, such as Tesla, along with an overarching increase in understanding from the public about electric cars. You can see this in practice by the increase in the number of electric car charging points around supermarkets and refuelling stations.

The Cons For Electric Cars

Innovation costs. Electric vehicles are more expensive than conventional cars to buy, when comparing similar models in electric and petrol/diesel. In part this is because they are still newer and the technology, therefore, has a prime price.

There is good news on the horizon though as ‘new registrations of plug-in cars increased from 3,500 in 2013 to more than 195,000 by the end of February 2019’. As popularity increases, the cost of an electric car should go down, but for now it is a serious investment.

One way in which brands are trying to enable more people to opt for electric cars is to offer battery hire with the purchase of an electric car. For example, Renault has monthly payment options which allow  you to pay for your battery in installments, similar to how you would with a new phone on contract.

If you do end up buying an electric car, you will have to get it insured. Insurance for electric cars varies, but again tends to be higher than for petrol and diesel cars because they are newer and so there are more unknowns. As electric cars become more popular, we anticipate that insurance rates will go down.

If you are looking to buy an electric car and you are keen to keep your insurance down, you should compare your options as the difference from car to car as well as each provider can be quite substantial.

Electric Vehicles Do Have Limited Mileage

In a survey of 3,000 motorists, AA Rescue found that 48.41% has concerns about the driving range of electric cars, and that this was holding them back from buying an electric car. This “range anxiety” is certainly valid as electric cars cannot travel as far as conventional cars on a single charge/tank. This is likely to improve but at the moment there are limitations.

At the point of writing, charges last for at least 62 miles – and up to 393 miles on the latest models – making school runs, trips to the shops and even visits to nearby family easily with range. When it comes down to how much of a con the limited mileage of an electric vehicle is, potential drivers should examine how far they are really travelling and whether electric is an appropriate choice for what they intend to use their car for. You can use a calculator to figure out if an electric car will suit your needs based on where you travel to and what car you currently use.

Charging Stations Outside Of Cities Are Few And Far Between

All the cons for electric cars are based on the growing, but smaller, popularity of electric vehicles. Since electric car charging stations aren’t in huge demand, they can’t be found everywhere. Check out a charging point map, via apps like Zap Map, and you’ll see that there are denser clusters of charging points around cities like London, Glasgow and Birmingham. Whether you have charging points available to you is really going to come down to the luck of the draw, which when it comes to accessibility with your car, doesn’t work for everyone.

Electric Cars Have Pros And Cons, But Which Wins For You?

At the end of the day, an electric vehicle’s pros and cons list is only going to get you so far. There are a lot of practicalities and considerations that are tied to how you live your life and what you need your car for. Undoubtedly, electric cars are the future, at least for a sustainable future, which means that we are going to see more and more electric cars over time. Whether you are able to buy an electric car now, or in a few months, or a few years, will be up to you.