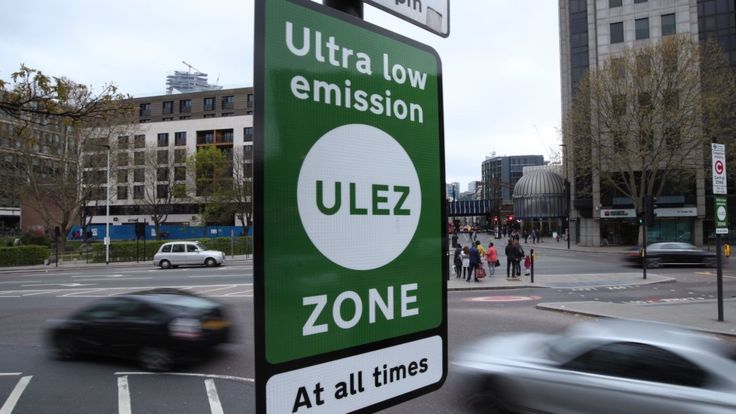 Electric vehicle news in April shows a push towards renewable, energy efficient lives. An increase in both adoption and awareness of electric vehicles is great news for the environment and green transportation, and exemplifies how we can do even better this year.

Take a look at our April Recommended Reads, we feature five of the most interesting and important pieces from the world of electric and eco-friendly driving.

The Ultra Low Emission Zone went into effect this month, meaning drivers of ‘older, more polluting vehicles are being charged to enter the congestion zone area at any time’. With a daily cost of £12.50, it is hoped this change will discourage the use of these vehicles in a city that is facing the consequences of heavy pollution; an issue that countries and capitals around the world are contending with.

You can read about where the ULEZ currently reaches in London and where it plans to extend to in the next few years, as well as how the plan is being received by city-dwellers and commuters alike in this BBC article.

The accepted assumption that most drivers don’t understand the range or power of electric cars is being called into question, thanks to new research. While some of the same factors hold back drivers from making the switch to fully electric vehicles, it seems consumers are becoming more accepting of hybrids and alternative fuel vehicles as viable modes of transport.

This article looks at what factors are going into drivers decision making when switching to electric cars that need to be expanded on, along with how electric car drivers are finding their new cars.

Plug-in vehicles seemed to skyrocket in popularity last year, at least according to new data released by the Society of Motor Manufacturers and Traders. The report also included new data on CO2 emissions and the uptake in hybrids in recent years, all of which has been extracted by Fleet News so you can get a digestible overview.

You’ll also find the top models that are on the road, which might help you when selecting your own plug-in electric car should you be looking to buy an electric car in 2019.

A farm food and drink delivery company is not only championing electric vans for it’s fleet, its increasing its use of electric vans. We often focus on electric vehicles for personal use when discussing the uptake in electric vehicles, but how they are used by businesses is very important for any green initiative.

Vans and lorries are some of the key forms of goods transport so making them electric or at least hybrids would have a tremendous impact on the environment. Similarly, other delivery brands have partnered with electric bike and electric scooter brands, which you can read more about in this article.

For the first time ever, electric cars outsold gas and diesel vehicles in Norway

Hooray for Norway! Once again leading the charge for progressives, electric vehicles have taken over as the top selling vehicle in the country for the first time ever. We can only hope that this is the first of many countries that will see these changes happening, similar to how we have seen an increase in plug-in vehicles in the UK in 2018.

You can find out how the breakdown of electric vehicles to hybrids and diesel or petrol vehicles balances in this post from CNN, including how Norway stacks up in the vehicle buying market.

Check out our March Recommended Reads.