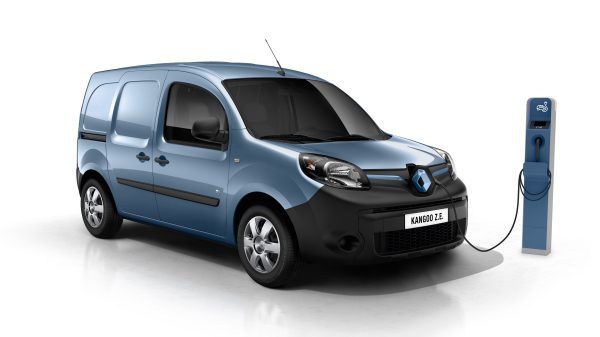 For those of you new to zero-emission electric driving, we recommend a read of the following blog categories:

If the last decade of retail has shown anything, it’s that most consumers value convenience over almost anything else. Click-and-collect was portrayed to be the answer to emissions and congestion, but buyers simply don’t have the time to pick up the items they’ve ordered, with data from Barclaycard showing 15% of shoppers failed to collect £228million worth of goods in 2018. Getting last-mile delivery right is therefore at utmost importance to retailers, couriers and customers, but are electric vans a viable solution?

Electric vans are a major priority for vehicle manufacturers across the globe, and in the UK there are currently models on sale from Renault, Nissan, Peugeot and Citroen. VW and Mercedes meanwhile are releasing their fully-electric commercial vehicles imminently. The increased demand for electric vans can be attributed to the growing social conscience around climate change, mixed with economic policies putting a strain on heavily-polluting vehicles. London, for instance, implemented an ultra-low-emission-zone (ULEZ) earlier in 2019, meaning that small vans which aren’t Euro 6 compliant face a £12.50 fee per day upon entering Central London. Larger vans and lorries which don’t adhere to the regulation need to pay £100 per day.

In their sprint to release a solution to the ULEZ charge for customers, manufacturers released vans on their existing running gear and platforms, with an electric motor instead. But don’t let that distract from the plethora of benefits these vehicles provide. Electric vans not only circumvent the levies but can drastically reduce fleet fuel costs by charging at the company’s depot overnight. Electric vans also bolster brand image by exhibiting the company as environmentally aware. The vans already on the road have sold well, with the Renault Kangoo ZE and Nissan e-NV200 leading the pack, thanks in part to the £8,000 government grant for plug-in vans. The Mercedes eSprinter and Volkswagen e-Crafter will soon bring a long-wheel base, over-10-cubic-meter-cargo-volume, 100-mile range van to Britain.

As e-commerce continues to exponentially spread, these electric vans have found significant popularity with urban tradespeople and last-mile delivery providers. As the number of packages being delivered into city centres like London increases, whilst diesel is shunned, electric vans provide a suitable compromise and require very little supply chain changes for retailers. Electric vans also have the added benefit of running almost silently, meaning there is potential for wider delivery timeslots with minimal neighbourhood disruption. Other delivery methods – including the aforementioned click-and-collect – aren’t a viable solution in the eyes of most consumers, and walking/cycle couriers simply don’t have the capacity to replace large delivery vans.

One of the most prominent concerns for consumers looking at electric cars is ‘range anxiety’ – the fear of not having enough charge to complete their journey or struggling to find a charger when they need to top-up. These concerns are echoed in the commercial sector too, and even more so with couriers often having financial incentives to deliver within strict timeframes. To combat range anxiety, there is endless resources to find charging locations, whilst manufacturers are constantly increasing the range of their vehicles and reducing charge times. There will be a point soon where finding traditional fuel is harder than finding electric. Professional delivery companies also have the option to use sophisticated journey planners which can accommodate for charging breaks and locations.

So, in a world where everything is about convenience, and online shopping shows no signs of slowing, electric vans could be one of the most important parts to maintain the growth trajectory.