Are Electric Cars Safe: What Makes An EV safe? 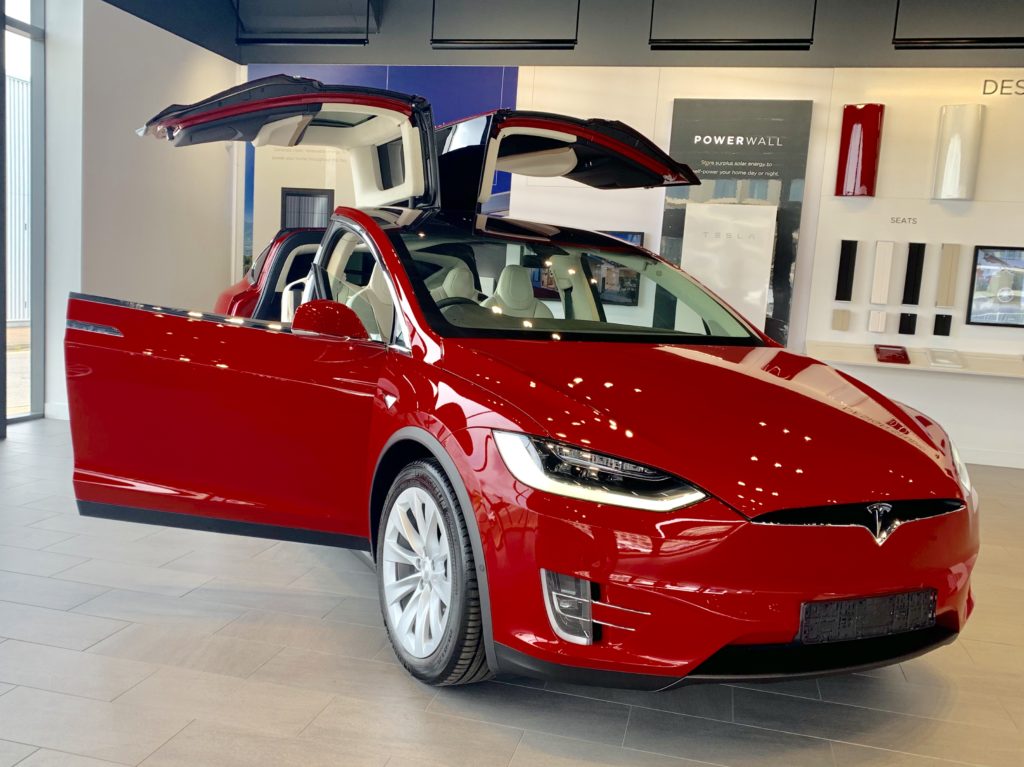 Last weekend Storm Dennis began battering the UK, leaving communities without power, homes flooded, transport vastly affected, and it even cost the lives of four people. On the Saturday, down a rural road in Dorset, a 400-year-old oak tree fell onto the A31. For the passengers in two cars travelling in opposite directions, both laden with the respective families, their lives quite literally flashed before their eyes. But in a miraculous coincidence, both were Tesla Model X’s. And we’re pleased to report everyone left unscathed.

The Tesla Model X, announced in 2012 and released in 2015, has become of the best-selling electric cars, and cemented it’s place in the SUV market long before the all-electric Jaguar I-Pace or the all-electric Audi e-tron hit the road. In 2018, over 12,000 Model X’s were sold across Europe, a steady increase on the years previous. In 2019 however, the release of Tesla’s own Model 3 and incumbent manufacturers entering the EV market, caused a decrease in Model X sales.

One of the stand-out features of the zero-emission Model X, besides it’s striking looks, gullwing doors and physics-defying acceleration, is its focus on safety. On release the Model X proudly received a 5* NCAP score including a 98% rating for adult occupant safety – making it one of the safest vehicles on the road for passengers and pedestrians.

Luckily, in the case of the Dorset tree incident, the crumble zones and safety cage were barely tested as both vehicles came to an immediate stop, resulting in the tree landing on the bonnet not the roof. As an aside, if there was to be a hefty engine under the bonnet like in many internal combustion SUV’s, the outcome may have been very different for the passengers. The cavity in the bonnet is not only a useful place to store shopping but allows for an extended crumple zone to absorb more energy.  What caused the Model X’s to stop so swiftly was the automated emergency braking (AEB) system, built into the Autopilot software.

AEB, or collision avoidance systems, use a combination of radar, laser and on-board cameras to constantly monitor the cars surroundings. When any of these sensors detect an imminent collision, they can alert the driver, apply the brakes automatically to bring the vehicle to a stop, or in some instances, automatically steer the vehicle out the path of the obstacle.

When the oak tree came down during the storm, covering the whole road, both Tesla’s detected the obstruction and applied the brakes automatically – at a much faster pace than a human could have noticed and acted.

Tesla are obviously not the only manufacturer to have implemented these systems. Volvo is another manufacturer synonymous with safety. In 2018, however, 100% of Tesla’s had automated emergency braking whilst Volvo had the system in 93% of cars and Mercedes-Benz claimed 96% of their cars had the technology.

As part of the wider Autopilot software, the Model X battery-electric vehicle has the ability to maintain lane control (and warn if you’re drifting) while also using adaptive cruise control to keep a safe distance to the car in front. Some of the more advanced features of Autopilot include Autopark, which can parallel and bay park without any interference. The accompanying Tesla app can even remotely Summon the car if within 150-feet.

With all this new technology at your disposal, in addition to the plentiful environmental benefits EV’s bring, Model X’s aren’t the cheapest vehicles on the road. But pound-for-pound as a luxury family SUV, they’ve settled into the used market well – and with less supply (drivers seem to be hanging onto them for longer) the residual values remain strong. A 2017 75D model can be found from around £50,000, or nearly-new Ludicrous versions are available for under £80,000.