How Much CO2 Emissions From Petrol And Diesel Cars In The UK: Bottom-line Far Too Much!

Home > Electric Living Blog > EV Knowledge > How Much CO2 Emissions From Petrol And Diesel Cars In The UK: Bottom-line Far Too Much! 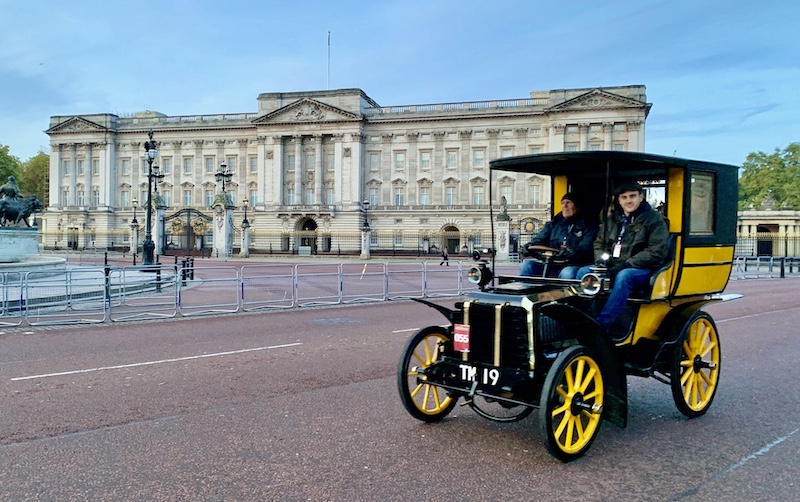 Polluting Petrol & Diesel Cars Should Be Relegated To An Annual Run Like The ‘London To Brighton Veteran Car Run’.  For All Other Days Of The Year Internal Combustion Engine (ICE) Vehicles Should Be Banned From UK Roads!

It is a yearly tradition for me.  I get to the front of Buckingham Palace at the crack of dawn to wave at the 400 plus pre-1905 motor vehicles that run the ‘London to Brighton veteran car run’.  As they pass by, the smoke from the tailpipes is more than evident and more often than not, I do find myself stepping further back from the edge of the road to avoid inhaling any more CO2 than I need to!

I dream of the day that all internal combustion engine (ICE) vehicles will be banned from our roads, except for the annual traditions like the veteran car run. I certainly can envision the ‘London to Brighton ICE run’.

In the UK we have nearly 40 million vehicles on the road from passenger cars to commercial vehicles, with more than 90% being polluting petrol or diesel cars driven by an internal combustion engine (ICE).  These vehicles are of varying ages, with an average age of more than 8 years.  Of course, the older the vehicle, the worse is the carbon dioxide (CO2) emission level from the vehicle.

In fact, road transport is the biggest contributor to air pollution in the UK.  Vehicles contribute to more than 25% of CO2 emissions with some estimates nearly as high as 30%. The polluting vehicles have a direct and significant impact on the health of the 66 million UK population.  Road transportation is strongly correlated to the ongoing urgent discussion on climate change.  In fact, the residential and business sector only contributes to 15% of CO2 emissions i.e. road transportation contribution is nearly double!

Even One Gram Of CO2 Emission Is Too Much, Let Alone 68.5 Metric Tons Of Emissions Per Year! Some Quick Facts:

The European Union (and the UK) aim to reduce the average emissions produced by new cars to 95 gms of CO2 per kilometer by 2021. The Euro standards cover four pollutants: carbon monoxide, hydrocarbons, nitrogen oxides and particulate matter.

Despite these efforts to reduce emissions, the grave danger from air pollution is ever-present. It is amply clear that the consolidated impact of ICE used and new cars on UK roads will continue to have a significant negative impact on the population.

The only sensible way forward is the rapid migration to all-electric zero-emission road transportion, with electric vehicle batteries being charged by green electricity.

The recent announcement on Bristol becoming the first city to ban diesel cars is welcome news. However, its intent is not as far reaching as I would have liked to see. The Bristol City Council has agreed to ban privately owned diesel cars from the central zone during daytime. However, it does not ban commercial diesel vehicles. In fact, all diesel vehicles should be banned 24/7. I urge all councils across the country to introduce such comprehensive bans at the soonest!

I urge most people to avoid using a car where possible. Walk or use public transportation. When there is no option, but to use a car, I recommend using a sharing scheme that has plug-in electric vehicles, in particular pure electric vehicles. Where one needs to own a car, I strongly recommend migrating to a green car!