Breaking Down Barriers: Where I Charge My Electric-Car? 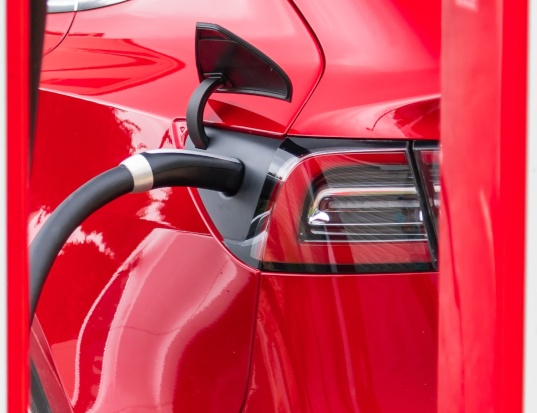 Electric vehicles, of the fully-battery-powered or hybrid variety, have managed to accrue unargued success over the last six years. From 3,500 units sold in 2013 to a cumulative total of more than 214,000 by the end of May 2019, across the UK. A vital mix of mainstream attention on climate change and manufacturers making electric models exciting and different, has enabled plug-in sales to soar.

One of the biggest deterrents to fully-electric (or BEV) vehicles has been ‘range-anxiety’ – the fear of not having enough charge to make your usual routes hinder-free. However, with Tesla, Jaguar, Audi and Nissan all producing cars that can travel well past the 200-mile mark (some come closer to 300) and a slew of new charging technologies which can provide 100 miles of range in 10 minutes, this anxiety has been remedied.

But even if an electric car can travel from London to Manchester without the need for a service station top up, I don’t believe that’s how people will plan the majority of journeys anyway. At the end of 2018, the UK had 8,394 petrol stations, a 35% decrease since 2000. The number of electric charging locations, on the other hand, has surpassed petrol stations for the first time, and has seen a 50% increase in just over 12 months.

The archetypal car driver will fill up three times a month, when the car is reaching empty or has already begun flashing red. At this point they’ll hunt down the nearest filling station and stand on the tarmac for a minute, spending £60 to put the fuel gauge back to full. Rinse and repeat after another 300 miles or so.

There Are Similarities Between Charging An iPhone and An EV

On the other hand, owners of electric cars can find similarities in the way people charge their iPhone. Before you go to bed you plug in – the battery might not be empty, but it’s at the lowest point of the day – and when you wake up it’s back to 100%. With the electric car, throughout the day you’ll hunt down a plug at any opportunity, eager to get an additional 10%. By charging incrementally throughout the day, you’re always ready to complete a 300-mile journey, even if your daily commute is a tenth of that.

Battery degradation, or the loss of available capacity, has been a concern echoed by electric car owners, and is one of the reasons why calculating residual values for the nascent sector has been difficult. As with phones or laptops, some batteries degrade fast and some degrade slow – meaning that optimal capacity can differ.

Tesla has been the subject of countless studies and tests into battery degradation and the latest figures show that after the first 50,000 miles most Tesla battery packs will lose about 5% of their capacity. After that, they can travel to over 186,000 miles before coming close to 90% capacity. Tesla has also released a battery warranty alongside its Model 3, guaranteeing 70% capacity over eight years or 100,000 miles. There has, however, been no conclusive data to suggest that charging frequently can reduce the lifespan of battery packs.

If you think of the places where you park most often, for more than ten minutes at a time – your home, office, supermarket, town-centre car park – these are the places where electric chargers will become more ubiquitous. Operators will therefore find strategic partnerships with land-owners to offer subsidised retail experiences whilst charging. Commercial premises should be given government incentives to convert parking bays into charging hubs, too.

Having electric chargers prevalent throughout the day would mean drivers would save time heading to petrol stations and save thousands a year by getting electricity from their employer or favourite shop. It would also reduce strain on the national grid. Much like during the World Cup half-time, when the nation rises from their slumber to make a cup of tea, the same pressure could be felt at 6:30PM when people arrive home and plug-in their vehicles to charge overnight.

The solution could be found in the current slate of smart thermostats, which learn your daily routines and adjusts heating times and temperatures on your behalf. By understanding your personal habits, such as what time you plug-in and plug-out at various locations, the charger could make a decision to wait before charging, enabling the neighbor next door to get their fill up before heading to a nightshift.

The Oil and Gas sector, the second largest in the world, has had alternative energies on its mind for decades, but has been making inroads recently by acquiring electric start-ups to regain a foothold in the car charging sphere.

A year ago, BP bought-out Chargemaster for £130million, scooping up their 6,500 locations and 40,000 customers with what can be described for them as pocket change. In 2017, Shell made headlines after purchasing NewMotion – an operator of 30,000 residential chargers and 50,000 public locations across the Netherlands.

Big Oil Is Keen To Dominant The EV Charging Landscape

With Total making a similar acquisition it’s evident that “big oil” is keen to dominate the public charging agenda across Europe and the US, where the switch to EV’s has been unmistakable. But unlike petrol stations, where the only differentiator (if by pennies) is price, electric is having its version of the space race. How quickly we can charge electric cars is the metric on the boardroom table, not volume of locations.

BP Chargemaster showcased the 150kW ultra-fast charger in June this year. Capable of delivering 100 miles of range within 10 minutes, the benchmark has been set and it’s being rolled out to BP forecourts and the Polar network by the end of 2021.

So, is the death of the forecourt imminent? If my hypothesis is to be believed, and drivers grow accustom to charging incrementally, whilst BP, Shell and the like continue to post strong profits, what will happen to the already disappearing petrol stations?

With 8,394 locations at the end of 2018, each occupying around a km2in typically urban or suburban areas, there is huge potential to redevelop the land for recreational or commercial use. It’s been cited that 10% of decommissioned petrol stations are seriously contaminated, and although it takes several years longer to develop a site of this nature, the growing number of derelict locations could alleviate some of the housing shortage.

In the true Future of Mobility, service operators – or extreme versions of Uber and ZipCar – will enable the public to hail vehicles to their location, arriving autonomously from the previous occupant or waiting area. After the journey is complete, the vehicle will leave passenger-less and await the next request. By using a service like this, customers won’t have the burden or cost of road tax, insurance, upkeep or capital costs, instead opting for a pay-as-you-go model or subscribing to a monthly fee. It also won’t require thinking about where to get the next charge from.

But before that occurs, there will firstly be a shift in the way consumers fill up their vehicles, starting with charging at home and work, before handing the reins over to mobility providers who will operate large warehouses with facilities to maintain fleets.