Are Electric Vehicles A New Invention?﻿ 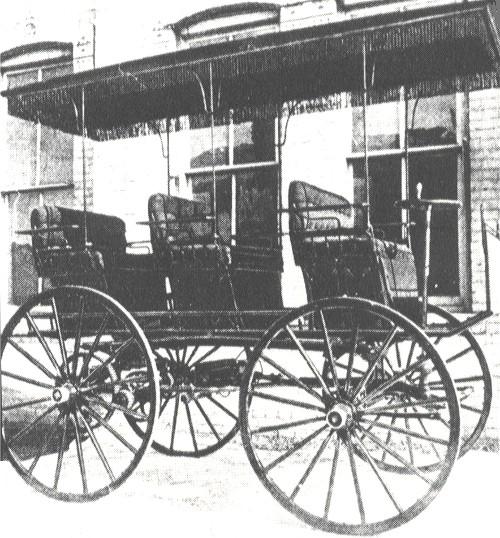 You can be forgiven for thinking that electric cars are a very recent invention pioneered by Elon Musk, the founder of Tesla electric cars. In reality, electric transportation is an invention much older than Mr. Musk and dates back to the early 19th century.

When Was The First Electric Vehicle (EV) Developed?

The first electric vehicle (EV) was developed nearly 200 years ago in the 1830’s, by a Scotsman named Robert Anderson.

This electric vehicle was crude and certainly not as refined as the electric cars on the road today, like the luxurious Jaguar I-PACE.

However, more practical electric vehicles were invented later in the 19th century. Many have been credited with the development of electric transportation, including the American Thomas Davenport, the Hungarian inventor Anyos Jedlik and Professor Sibrandus Stratingh from Holland.

When Were Hybrid Electric Vehicles Invented?

The Toyota Prius, though ubiquitous on UK roads, is not the first hybrid model to be introduced. In fact, in 1901, Ferdinand Porsche, better known as the founder of sports car manufacturer Porsche, developed the world’s first hybrid electric car, the Lohner-Porsche Mixte.

Did The Early Electric Cars Have Rechargeable Batteries?

Today’s leading electric car battery manufacturers, like BYD, have benefited from the work done by Plante, as rechargeable electric vehicle (EV) batteries have increased the practical attractiveness of electric cars.

When Was An Electric Car First Mass Produced?

Given The History Of Inventions For Electric Cars, Why Have EV’s Not Lead The Charge Sooner?

Even though EVs had an early lead with nearly a third of the market share in the early 20th century, the discovery of cheap crude oil in Texas changed the course of automobile history. With the introduction of more affordable mass produced petrol models like the Ford Model T, introduced in 1908 by Henry Ford, electric powered vehicles fell by the wayside.

The Resurgence Of Electric Cars In Recent Years!

Companies with a strong vision for cleaner form of transportation have led to the renaissance of EV’s. Toyota and Nissan are two such automobile manufacturers. Other stakeholders, including governments, climate groups, manufacturers and various associations have also led to the rapid increase in the adoption of electric vehicles. All these stakeholders share a common purpose: reduce pollution by using lower emission electric cars.

Are We Going Full Circle In Regards To Cars?

Yes, we are certainly going full circle to where automobile history commenced with the early adoption of electric cars or green cars. There is evidence of this in the increase in type of EVs on the market. We envision that sooner than we realise, transportation will be 100% electric and smoke emitting petrol and diesel vehicles will belong to a museum.