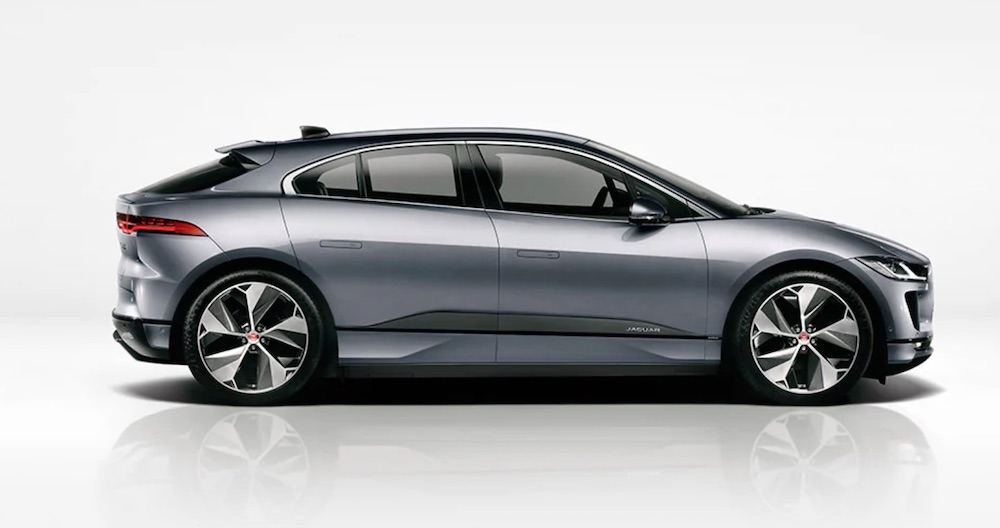 2020 will be remembered for two key events. The pandemic and the exponential rise of electric vehicles (EVs). We expect 2021 to also be the same!

It is impossible to not have come across the name Elon Musk. In 2020, his name was already widely recognised in relation to his electric car company, Tesla Inc!

However, at the start of 2021, Elon Musk catapulted to global fame, becoming the richest individual in the world with a net worth of over US$185 billion (source: Bloomberg). As of April 2021, Elon Musk is at the second position (US$ 171 billion), with Amazon.com founder, Jeff Bezos (US$ 185 billion) at pole position.

Though Elon Musk is involved with a number of activities from electric vehicles (EVs) to space exploration, his rise in wealth can be attributed to the increase in value of Tesla Inc (market cap: US$ 635 billion). Tesla is the most valuable automotive manufacturer globally followed by Toyota Motor Corporation (2nd position) and Volkswagen A.G. (3rd position).

The rise of Tesla Inc. and Elon Musk, mirrors the rise of zero-emission electric vehicles globally, as more governments announce the ban of petrol and diesel vehicles. In the UK sale of new internal combustion engine (ICE) vehicles will stop in 2030. Less than a decade away!

Despite the ongoing pandemic, the past 12 months has witnessed a number of new all-electric cars come on the market, making the top 10 even more challenging to conclude.

Incumbent pure electric cars like the Tesla Model 3, Renault Zoe and the Nissan Leaf continue to maintain market dominance, but the newer models like the Volkswagen ID.3 and Porsche Taycan, are also successfully creating a loyal customer base. In 2020, the all-electric Renault Zoe became the best-selling all-electric car in Europe, beating the Tesla model 3 (2019 winner).

In our view, two key themes continue to dominate the development of the EV market: increased EV affordability and enhanced EV performance (to include EV battery range). The future EV winners will be those battery-electric vehicle (BEV) models that can successfully achieve increased performance at a lower price point. It is also worth noting that, on the basis of life cycle costs, to include operating and maintenance costs, electric cars are already cheaper than petrol and diesels vehicles.

Our Top 10 BEVs Include:

The all-electric Tesla Model 3 is a best-selling electric vehicle (EV) globally. Since its unveiling in 2016, the Tesla Model 3 has been making history.  Within a week of opening the booking for the ‘affordable’ Tesla, orders had topped 325,000 units.

Deliveries to US customers commenced in July 2017. In February 2019, the Model 3 become the best selling plug-in electric car in the US. For the UK market, the Model 3 bookings opened in May 2019, with deliveries commencing in June 2019. Since then, the Model 3 has been received very well by UK consumers and continues to actively feature on the SMMT Best Sellers list.

The Tesla Model 3 is available in three variants:

The Renault Zoe EV is available in three variants:

The Nissan Leaf, is one of the best-selling electric cars globally, with more than 500,000 sold.  The BEV was first introduced in 2010 in Japan & the United States. It was introduced in the UK in 2011. The electric Leaf is now sold in over 59 markets across the globe.

It has the unique distinction of being the first mass-market electric car in the world.  Since its launch, the ubiquitous EV has won numerous prestigious awards, to include, the 2018 World Green Car at the New York International Auto Show for the second generation Leaf.  The first generation Nissan Leaf won the 2011 World Car of the Year.

The Nissan Leaf EV is available in five variants:

Volkswagen AG, the Germany automotive group is one of the leading automotive companies in the global electric vehicle industry. Volkswagen has committed to an investment up to Euro 30 billion by 2023. It aims to sell 3 million electric vehicles by 2025 and launch up to 70 new EV models over the next 10 years.

The 2020 ID.3 was first shown as the concept ID prototype electric car at the Paris Motor Show in 2016. The all-new electric ID.3 five-door hatchback launch model ‘ID.3 1st Edition’ was revealed at the Frankfurt Motor Show.

The EV model, an important step for Volkswagen, has been positioned as an affordable electric car for ‘everyone’.  The battery-electric vehicle (BEV) ID.3 model is marked as ‘3’, as this will be the third most important chapter for the German automotive company, after the Beetle and Golf models.

The VW ID.3 EV is available in five variants:

The all-electric VW ID.3 is available to lease via e-zoomed at very competitive lease offers.

The All-Electric SEAT Mii One

SEAT S.A. is Spain’s first family car manufacturer. The automotive company was founded in 1950 and is headquartered in Martorell, Spain. In 1986, SEAT was sold to the German automotive group, Volkswagen A.G.

The SEAT Mii electric is the first all-electric car from the Spanish automotive company. The pure electric car is targeted at the urban consumer, seeking affordable and clean zero-emission electric driving. The Mii electric car also features the SEAT CONNECT, allowing the remote access and management of the vehicle to include, Driving Data, Parking Position, Vehicle Status (incl. doors and lights), e-Manager and Remote Climatisation.

The SEAT Mii Electric is available in one variant:

The all-electric SEAT Mii is available to lease via e-zoomed at very competitive lease offers.

Vauxhall Motors is part of the Netherlands based Stellantis N.V., which was formed by the merger of Fiat Chrysler Automobiles (Italian/ American) and Groupe PSA (French). You may not be familiar with these names, but the automotive brands in the portfolio would be well known to most consumers. These include: Maserati, Opel, Peugeot, Jeep, FIAT, Alfa Romeo etc.

The all-electric Corsa-e is available in five variants:

Kia Motors, the Korean automotive manufacturer is fast developing a portfolio of lower emission ‘eco’ vehicles, to include battery-electric vehicles (BEVs). Kia launched the all-electric e-Niro in 2018 at the International Electric Vehicle Expo in Korea. The Kia Niro concept was unveiled at the 2013 Frankfurt Auto Show. The e-Niro order book opened in the UK in January 2019.

The pure electric Kia e-Niro has achieved unprecedented success since its launch.  The BEV SUV won the prestigious ‘2019 What Car? Car of the Year’ accolade, making it the first battery-electric car to win this award.  The e-Niro also won the WhatCar? Car of the Year for 2020!

The Kia e-Niro electric car is available in four variants:

The Jaguar I-PACE battery-electric vehicle (BEV) was unveiled at the 2018 Geneva Motor Show. It is the first all-electric performance SUV from the premium British automotive manufacturer Jaguar Land Rover (JLR).

Deliveries commenced in the second half of 2018. The model has won a number of awards in 2019 to include, the European Car of the Year, World Car of the Year, the Best Design and Best Green Car awards.

The Jaguar I-PACE is available in three variants:

Volkswagen AG is one of the leading automotive companies in the global electric vehicle industry. Volkswagen has committed to an investment up to Euro 30 billion by 2023. It aims to sell 3 million electric vehicles by 2025 and launch up to 70 new EV models over the next 10 years.

The Audi e-tron is available in three variants:

The all-electric Audi e-tron Sportback is available to lease via e-zoomed at very competitive lease offers.

Porsche Taycan, the first all-electric car from the famed German luxury sports car manufacturer, Porsche.  Stuttgart based Porsche, owned by the Volkswagen Group, has already made significant investments to achieve its electrification ambitions.

The Porsche Taycan battery-electric vehicle (BEV)was initially previewed as the Mission E concept car at the Frankfurt Motor Show in 2015. Taycan (Turkish) translates as ‘lively young horse’ in reference to the ‘leaping horse’ in the Porsche crest. Porsche confirmed the name in 2017.

The Taycan has taken inspiration from both the Porsche Panamera and the Porsche 911.  The Taycan is built on an entirely new platform codenamed J1. Projected production of 40,000 units per year.

The Porsche Taycan is available in eight variants: